Self revelation on April 13, 2000 of Papa Dialungana born on 25th of May 1916 in Nkamba at 6 a.m. as he is Jesus Christ.
The 25th of May is the authentic date of birth of Jesus Christ's birthday our Saviour. Papa Salomon Dialungana Kiangani was born in Nkamba on May 25.


"in the future you will see me, the Son of Man, sitting at God's right hand in the place of power and coming back on the clouds of heaven." Matthew 26:64

"As they were straining their eyes to see him, two white-robed men suddenly stood there among them. They said, "Men of Galilee, why are you standing here staring at the sky? Jesus has been taken away from you into heaven. And someday, just as you saw him go, he will return!" Acts 1:10-11

"Don't be troubled. You trust God, now trust in me. There are many rooms in my Father's home, and I am going to prepare a place for you. If this were not so, I would tell you plainly. When everything is ready, I will come and get you, so that you will always be with me where I am." John 14:1-3

"But let me tell you a wonderful secret God has revealed to us. Not all of us will die, but we will all be transformed. It will happen in a moment, in the blinking of an eye, when the last trumpet is blown. For when the trumpet sounds, the Christians who have died will be raised with transformed bodies. And then we who are living will be transformed so that we will never die. For our perishable earthly bodies must be transformed into heavenly bodies that will never die." 1 Corinthians 15:51-53

At the time chosen by God, Maman Mwilu Kiawanga Nzitani (May 7, 1880 - April 27, 1959) went in a bush and came back with a very handsome boy. All her movements were followed by three ladies living in Nkamba who suspected that she might be pregnant. These ladies wanted to know her whereabouts and what was happening to Maman Mwilu.

This matter has happened three times with the birth of Papa Kisolokele Lukelo, Papa Dialungana Kiangani and Papa Diangienda Kuntima; these three ladies have witnessed the birth of the Holy Trinity without knowing the real meaning of these Holy events. These three ladies have spoken out many times in public at different spiritual events in Nkamba New Jerusalem to testify the truthfulness about these baby deliveries.

Papa Dialungana Kiangani, Jesus Christ was married to Kiwasisilua. He was known as Mfumu’a Mbanza since he was 5 when 37000 kimbanguist followers were relegated far away from their birthplaces across the whole country.

Mfumu’a Mbanza meaning the “Patriarch of the Holy City” regarded as father or founder of the humanity. Papa Salomon Dialungana Kiangani attended school in Ngombe-Kinsuka.

Jesus Christ has assisted his brother Papa Diangienda Kuntima (March 22, 1918 - July 8, 1992) during his mission as Spiritual Leader of the Kimbanguist Church before he becomes himself Spiritual Leader after his youngest brother’s death.


A dreadful accident to redeem all of us

In September 29th 1985, Papa Dialungana Kiangani did have dreadful and awful accident when travelling by car from Nkamba, Bas-Congo to Kinshasa, capital of D.R.Congo. He was severely injured and needed to be kept in hospital. By shedding his blood he redeems all of us. The salvation and deliverance came as it happened long time ago when he was crucified on the cross to save the humanity, to redeem us against our sins. Later on he was diagnosed with Parkinson’s disease in early 1990 this did have a serious impact on his daily life affecting part of his speech and body.

Papa Dialungana Kiangani became Spiritual Leader in 1992 until August 16, 2001. Self revelation on April 13, 2000 of Papa Dialungana born on 25th of May 1916 in Nkamba at 6 a.m. as he is Jesus Christ. The 25th of May is the authentic date of birth of Jesus Christ's birthday our Saviour. Papa Salomon Dialungana Kiangani was born in Nkamba on May 25, 1916, he is the second son of Papa Simon Kimbangu and has spent most of his time in Nkamba New jerusalem where he was called “Mfumu' a Mbanza” in his native tongue meaning “Patriarch of the Holy City Nkamba New Jerusalem”. He has fulfilled his promise by respecting the recommendation made by his father asking him to stay in Nkamba New Jerusalem as the Father and Keeper of the Holy City.

Papa Salomon Dialungana Kiangani followed the steps of his father, Papa Simon Kimbangu by resuscitating dead, by making blinds see, by making paralytics walk and mutes talk. Dialungana in his native tongue (kikongo) means “It's accomplished”. Jesus Christ came back to us sinners for the second time and we did not recognise him until his self revelation in public in Nkamba New Jerusalem.

Who has believed our message and to whom has the arm of the LORD been revealed? He grew up before him like a tender shoot, and like a root out of dry ground. He had no beauty or majesty to attract us to him, nothing in his appearance that we should desire him. He was despised and rejected by mankind, a man of suffering, and familiar with pain. Like one from whom people hide their faces he was despised, and we held him in low esteem.

Surely he took up our pain and bore our suffering, yet we considered him punished by God, stricken by him, and afflicted. But he was pierced for our transgressions, he was crushed for our iniquities; the punishment that brought us peace was on him, and by his wounds we are healed. We all, like sheep, have gone astray, each of us has turned to our own way; and the LORD has laid on him the iniquity of us all.

He was oppressed and afflicted, yet he did not open his mouth; he was led like a lamb to the slaughter, and as a sheep before its shearers is silent, so he did not open his mouth. By oppression and judgment he was taken away. Yet who of his generation protested? For he was cut off from the land of the living; for the transgression of my people he was punished. He was assigned a grave with the wicked, and with the rich in his death, though he had done no violence, nor was any deceit in his mouth.

Yet it was the LORD’s will to crush him and cause him to suffer, and though the LORD makes his life an offering for sin, he will see his offspring and prolong his days, and the will of the LORD will prosper in his hand. After he has suffered, he will see the light of life and be satisfied; by his knowledge my righteous servant will justify many, and he will bear their iniquities. Therefore I will give him a portion among the great, and he will divide the spoils with the strong, because he poured out his life unto death, and was numbered with the transgressors. For he bore the sin of many, and made intercession for the transgressors.

In you, LORD, I take refuge; let me never be put to shame. In your justice rescue and deliver me; listen to me and save me! Be my rock of refuge, my stronghold to give me safety; for you are my rock and fortress. My God, rescue me from the hand of the wicked, from the clutches of the evil and violent. You are my hope, Lord; my trust, GOD, from my youth. On you I have depended since birth; from my mother’s womb you are my strength; my hope in you never wavers. I have become a portent to many, but you are my strong refuge! My mouth shall be filled with your praise, shall sing your glory every day.

Do not cast me aside in my old age; as my strength fails, do not forsake me. For my enemies speak against me; they watch and plot against me. They say, “God has abandoned him. Pursue, and seize him! No one will come to the rescue!” God, be not far from me; my God, hasten to help me. Bring to a shameful end those who attack me; Cover with contempt and scorn those who seek my ruin. I will always hope in you and add to all your praise. My mouth shall proclaim your just deeds, day after day your acts of deliverance, though I cannot number them all. I will speak of the mighty works of the Lord; O GOD, I will tell of your singular justice.

God, you have taught me from my youth; to this day I proclaim your wondrous deeds. Now that I am old and gray, do not forsake me, God, That I may proclaim your might to all generations yet to come, Your power and justice, God, to the highest heaven. You have done great things; O God, who is your equal? Whatever bitter afflictions you sent me, you would turn and revive me. From the watery depths of the earth once more raise me up. Restore my honor; turn and comfort me, That I may praise you with the lyre for your faithfulness, my God, And sing to you with the harp, O Holy One of Israel! My lips will shout for joy as I sing your praise; my soul, too, which you have redeemed. Yes, my tongue shall recount your justice day by day. For those who sought my ruin have been shamed and disgraced. 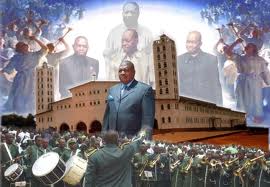 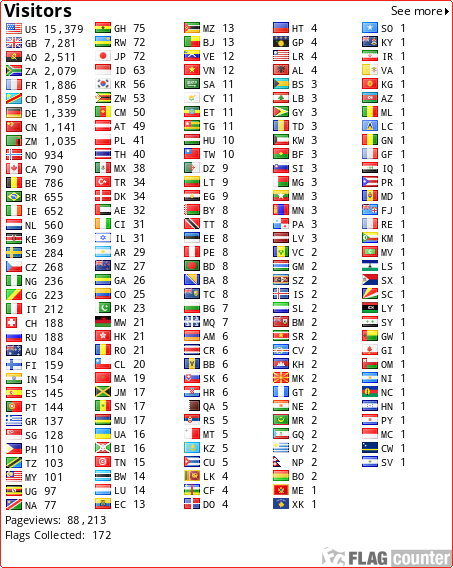